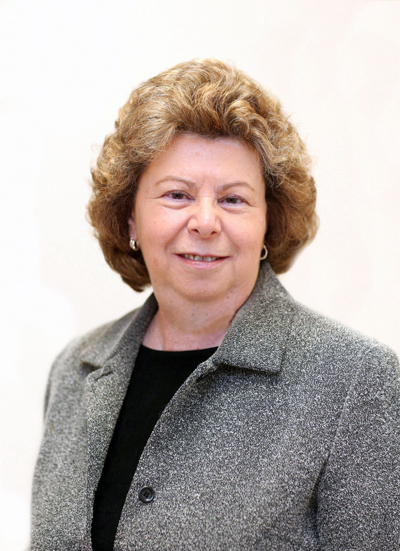 Interment will be private

Audrey was the beloved wife of Thomas N. Tucker for 47 years.

Audrey’s career was dedicated to the service of the community.  Audrey was affiliated with Family Service of Bucks County for over 40 years, serving as its CEO since 1987.  In that role, she managed the growth and development of the agency, which now serves nearly 26,000 Bucks County residents annually from multiple locations throughout the county.

Audrey was a visionary in identifying needs in the County and developing programs to meet those needs.  Among her signature accomplishments include Family Service becoming licensed as a drug and alcohol treatment facility in 1987 and as a mental health outpatient treatment facility in 1997. Its success in these areas was highlighted by the agency’s selection by the State of Pennsylvania as an Opioid Use Disorder Center of Excellence (COE) in 2016.  Audrey also co-chaired the COE Community Advisory Board.

Audrey had a relentless passion for her work.  Through her efforts and leadership, she helped launch many initiatives, including Project HOPE and Caring Families, innovative child abuse prevention programs.  She established the Bucks County Family Center in 1995 to serve Bristol Borough residents and expanded it to serve the entire County twelve years ago.  Through her participation on the Bucks County Health Improvement Project, Audrey was instrumental in developing a Teen Center in 1997 to provide services to adolescents in Bucks County.  In addition, Audrey led two recent mergers which led to the Bucks County Emergency Homeless Shelter and the Contact Helpline/Suicide Prevention Lifeline becoming Family Service programs.  Under her leadership, in 2006, Family Service moved into a new headquarters allowing the agency to increase its support to families in the community.

Valued for her expertise in the area of HIV/AIDS, Audrey was elected to serve on the National Task Force on AIDS by Family Service America.  She was appointed to the Philadelphia AIDS Consortium by the Bucks County Commissioners and served as its Co-President.  She established Bucks Villa to serve those affected by AIDS.  A 1996 decision by the Commonwealth Court of Pennsylvania in Eichlin v. Zoning Board of New Hope Borough, relied heavily on Audrey’s “credible testimony and expert opinions” in affirming the grant of a zoning permit to Bucks Villa.

Audrey was a leader in other organizations serving on various Boards of Directors:  Contact of Greater Philadelphia, Bucks County Health Improvement Partnership, and previously the Board of the Southeastern Pennsylvania Area Health Education Center.  She was Co-Chair of the Bucks County Family Center’s Board of Directors.

In addition to her husband Tom, Audrey is survived by her loving children: Darren Tucker and his wife Anne of Bethesda, MD and Megan Tucker of Los Angeles, CA.  She is also survived by her two dear grandsons Andrew and Ethan, her brothers Lawrence Sobel (Marylee) and Jesse Lambert (Gloria), her sister Amy Weis (Mark), and numerous nieces and nephews.

Relatives and friends are invited to attend her viewings on Thursday, February 22 from 6:00PM to 8:00PM and on Friday, February 23 from 9:30AM until her Funeral Service 10:30AM in the Joseph A. Fluehr III Funeral Home 800 Newtown–Richboro Rd. (at Holland Rd.) Richboro, PA 18954.   Interment will be private.

In lieu of flowers, contributions in her memory may be made to Family Service Association of Bucks County at www.fsabc.org/donate/.