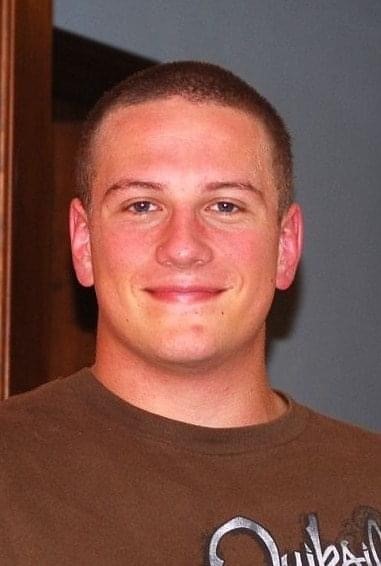 John Michael O’Driscoll of Toronto, OH and formerly of Langhorne, PA, died unexpectedly on June 4, 2020.  He was 30.

Born in Philadelphia, he was the son of Richard and Elizabeth Rentko O’Driscoll of Langhorne.

John attended Nazareth Academy Elementary School before graduating from LaSalle College High School in 2007.  During his senior year of high school, John earned a championship ring as a member of the LaSalle Catholic League Champion football team.  As an individual, he advanced to the National Prep Wrestling Tournament at Lehigh University and wrestled for LaSalle’s wrestling team, winning a league championship as well, ending North Catholic's four-year reign.

John would go on to earn his Bachelor’s Degree in Material Science Engineering from Drexel University and began his career in metals manufacturing with U.S. Steel in Detroit.  He later worked for Aurubus in Buffalo, NY and had most recently been employed as a processing engineer for Timet in Toronto, OH.

John had a multitude of interests outside of his professional work including riding his motorcycles and dirt bikes as well as fishing, camping, or anything else he could do outdoors. He loved being out in nature and found a certain peacefulness that came along spending time outside.  He was also an avid gun collector and weight lifter; even crafting his own weights from concrete to use at home when gyms were closed during the pandemic.

Most of all John’s kindness will be remembered and treasured by all those who had the privilege of knowing him.

In addition to his parents, John leaves behind his siblings, Katherine O’Driscoll (Timmy Vocke) of Stockton, NJ and Kenneth O’Driscoll (Ashley Saltzman) of California, MD; and his niece and nephew, Samantha and William Vocke; and many aunts, uncles, and cousins.

Relatives and friends are invited to greet John’s family on Tuesday, June 9, 2020 from 9:30 AM until his Funeral Mass at 11:00 AM I Our Lady of Grace Church, 225 Bellevue Ave., Penndel, PA 19047 where facial coverings and social distancing will be required.  His interment wil follow in Our Lady of Grace Cemetery, Langhorne.

In lieu of flowers, donations may be made in John’s memory to Nazareth Academy Grade School, 4701 Grant Avenue   Philadelphia, PA 19114.